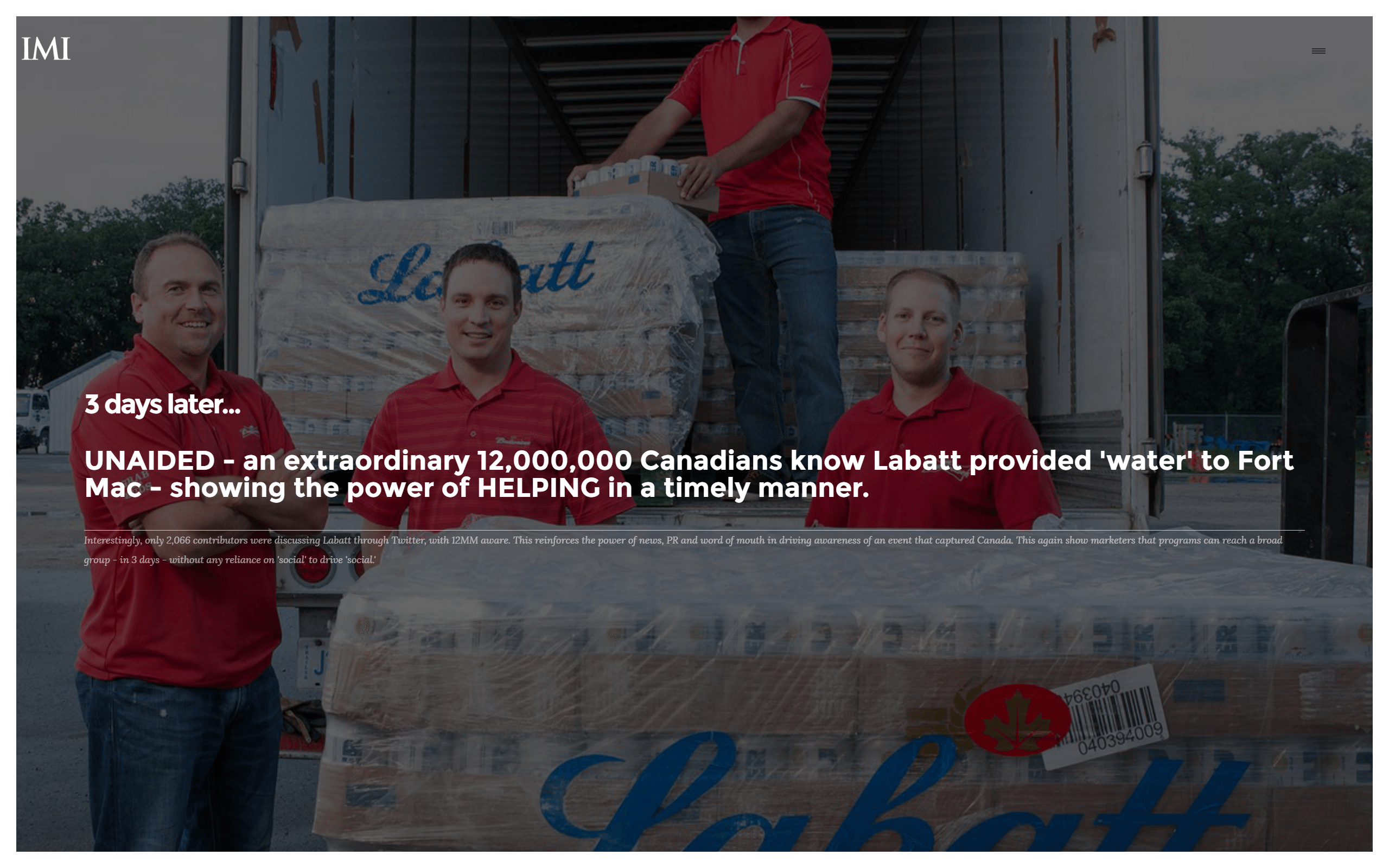 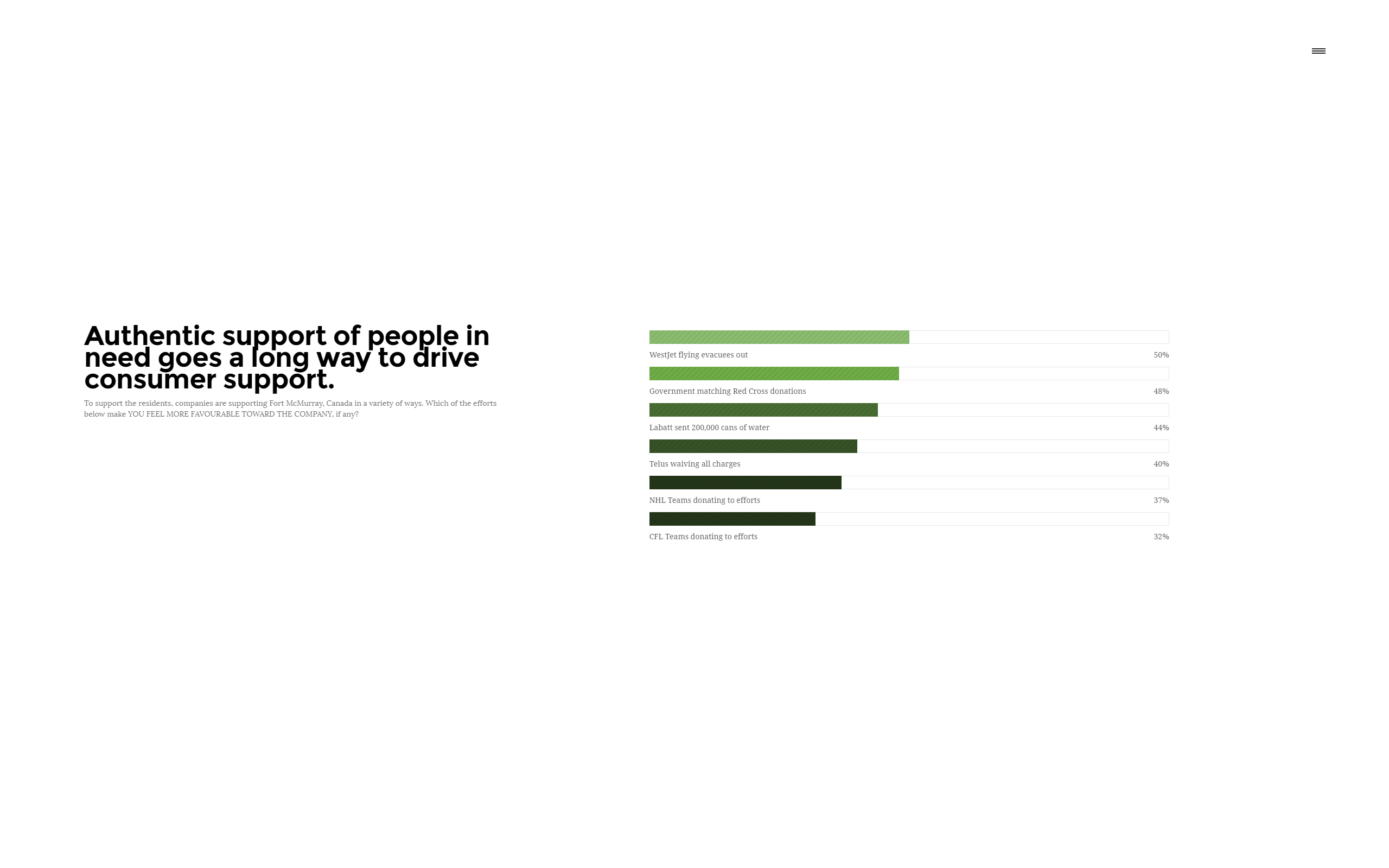 When it comes to proving that a brand actually cares about helping with a disaster, and not just receiving positive publicity, 54% of those surveyed said having a response within 24 hours is helpful.

IMI surveyed 2,100 Canadians between May 6 and 10 – when the wildfire was at its peak and the evacuation orders were being issued – and also used significant social listening to measure the online sentiment toward brands and organizations connected to the relief efforts.

When it came to who was doing the best job of helping the community, “firefighters” was, predictably, the top response, with the Red Cross a distant second. When asked only about brands, Red Cross was at the top, followed by West Jet, which provided travel out of the area and transported supplies into the area. Suncor and Shell, which typically don’t get much good press due to their association with the controversial oilsands, received the next most positive sentiment for opening their work camps as living spaces for evacuees. Labatt, Telus and Costco also received positive mentions.

This Website Uses Cookies. We inform you that this site uses own, technical and third parties cookies to make sure our web page is user-friendly and to guarantee a high functionality of the webpage. By continuing to browse this website, you declare to accept the use of cookies.OkPrivacy policy